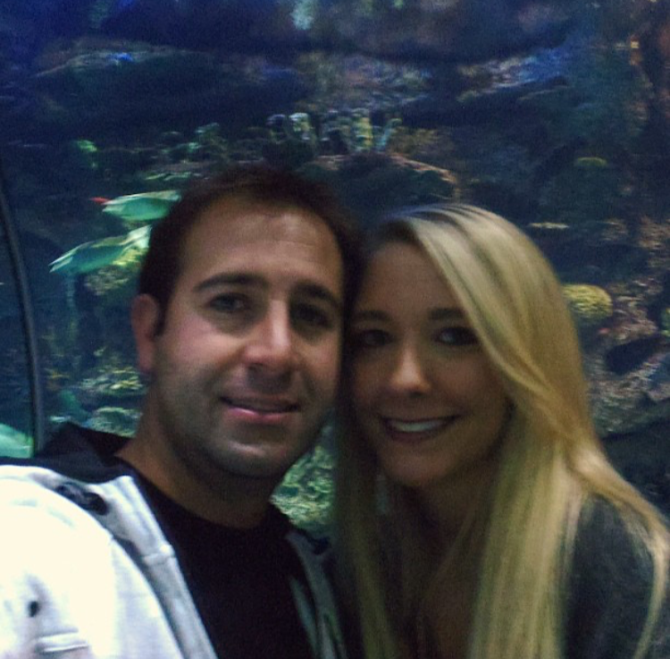 This blurry selfie was the first picture we ever took together at the Mandalay Bay Aquarium in Las Vegas.