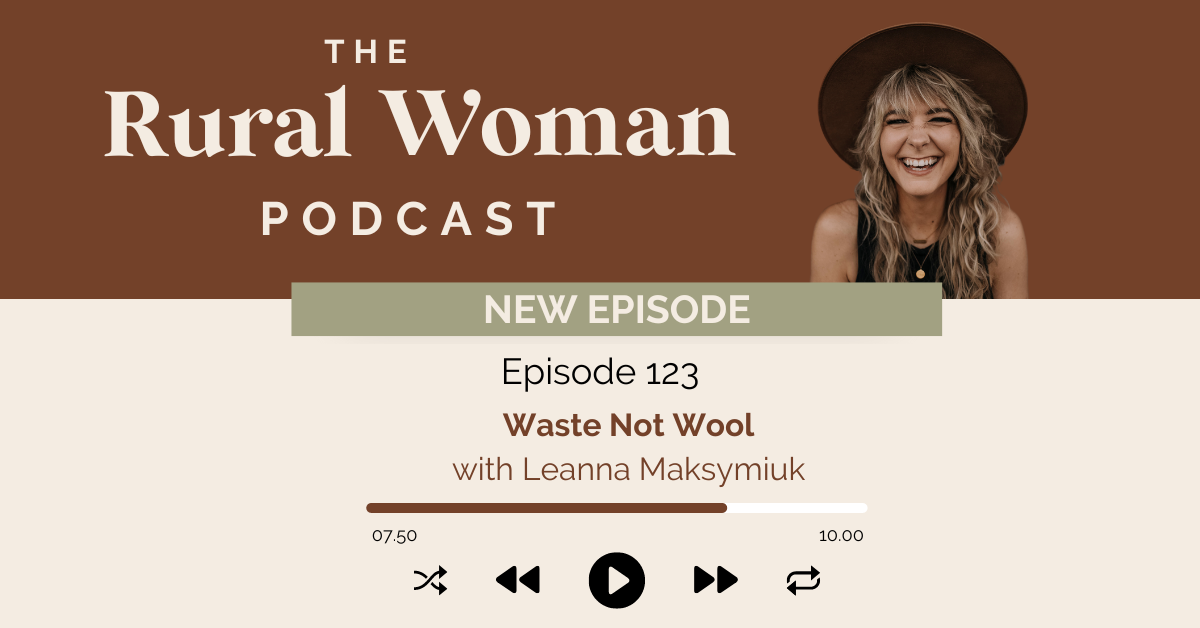 Leanna Maksymiuk along with her family own Lone Sequoia Ranch just outside of Lumby BC. As a first generation rancher she wasn’t even sure she wanted sheep but accidentally fell in love with her daughters 4H ewe and that was it!

Her flock of Navajo-Churro sheep make up the majority of the sheep she cares for, and growing sought after wool is a top priority.

After selling out of her own wool clip and learning that so many local farmers were composting their wool instead of processing it, Leanna decided to seek out this compost and garbage destined wool and started Waste Not Wool. She purchases and takes in “unwanted” fleece, processes it and sells it as roving and yarn. It is an important part of her journey into wool to share the value that all wool has with her followers and customers.

Leanna and her husband Mark are also raising their two daughters, one which happens to have Down syndrome and Autism.