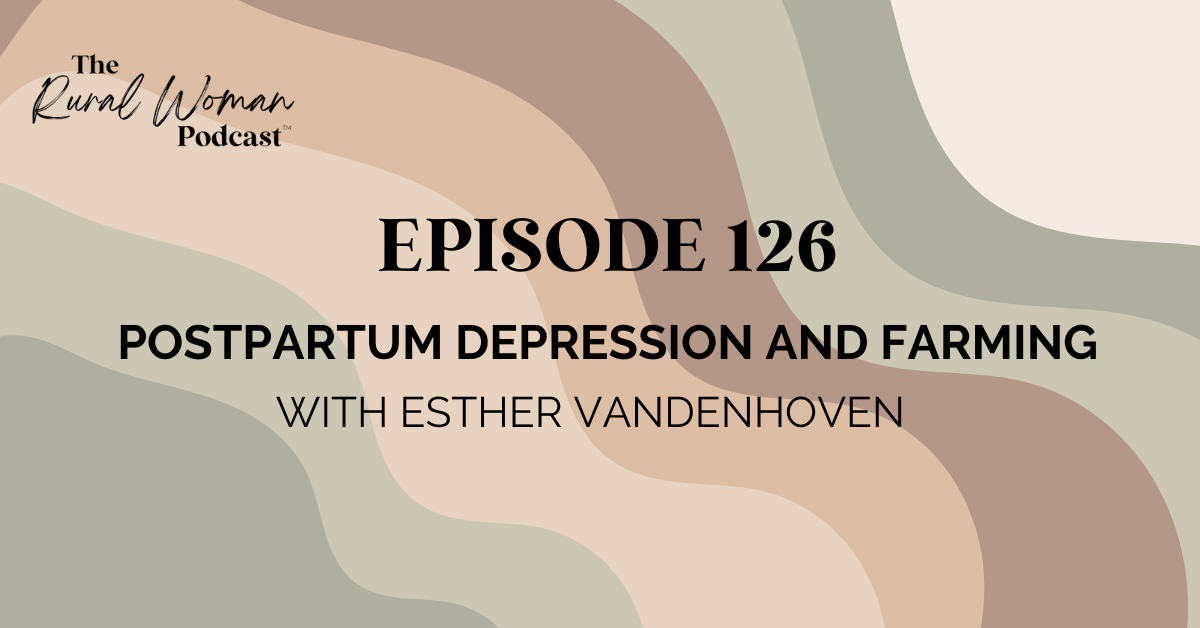 On this week’s episode of The Rural Woman Podcast, you’ll meet Esther Vandenhoven. Esther is a first generation farmer who, along with her husband and two kids, run a 300 head sheep farm in Rimbey, Alberta. Esther grew up in Northern British Columbia and attended Olds College for Equine Sciences then proceeded to get her Bachelors of Science in Equine Management in England.

Recently, Esther has taken the leap from working off the farm to now farming full time with the hopes that they will be able to transition to the farm being their families primary source of income. Esther shares with us her personal experience with growing their operation as well as her experience with postpartum depression as a rural mother.